Skip to menu Skip to content
Click here or press the Escape key to leave this site now
Home|Information|Latest news| RASAC P&K Statement in response to the media’s coverage of male violence against women - March 2021.

RASAC P&K Statement in response to the media’s coverage of male violence against women - March 2021.

The tragic events of last few weeks as well as young women in school/college coming forward with their own stories of violence has sparked nationwide discussion about violence against women. Sadly, a lot of content on social media has felt triggering and victim blaming with discussion focusing on personal safety and considerations as to what women and girls can do to ‘keep safe’. The reality is that women already have personal safety at the forefront of their minds. As seen across social media over the last few week, there are many accounts of women sharing their experiences and opening up about the steps they take to either minimise risk or to protect themselves in the event of an attack. This is a reflection of the reality for women and girls who live in a world within which such risks exist.

RASAC P&K believe that in order for women to be safe, there needs to be a shift in dialogue to focus on the perpetrator. Women should be able to walk the streets at any time and be safe from harm. We believe that the existence of violence against women highlights a problem with perpetrators, not women.

Whilst personal safety messages directed towards women are often well intentioned, they risk taking the focus off of the problem and shift the responsibility on to women’s actions. Doing so runs the risk of further preventing women from coming forward following an assault as they are made to feel responsible for other peoples’ actions. RASAC P&K believe that the only people responsible for such attacks are those who commit them. Everyone is safe from sexual violence, until a perpetrator chooses to break the law and assault them.

There are many myths that exist around sexual violence. People often think that the majority of rapes are committed by strangers late at night. However, what we know is that sexual violence can happen anywhere and that often the home, where someone should be safest is the most likely place someone will experience rape. When the restrictions on the first lockdown were lifted, our support services experienced a 20% increase in referrals. We are aware that for women and girls, pandemics heighten the risk of gender based violence and at the same time makes accessing services more difficult.

We know that violence against women and girls continues to be one of the most prevalent human rights violations. (The World Health Organisation describes the scale of violence against women as ‘global health problem of epidemic proportions’). In order to address this, prevention work and access to support services at point of need is essential. Last year, RASAC P&K received 172 new referrals and supported 311 women and young people.

In order to end male violence against women, society fundamentally need to end everyday sexism. We need to change the attitudes and behaviours towards women. Through our prevention work in communities and schools, RASAC P&K are committed to raising awareness and educating young people around topics such as healthy relationships, gender, consent and preventing sexual violence. It’s vital that we challenge victim blaming attitudes and support the development of a culture where sexual violence is unacceptable at all levels.

Should anyone be affected by sexual violence and is looking for support RASAC P&K can be contacted via support@rasacpk.org.uk or on our helpline, 01738 630965. 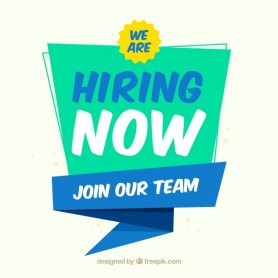 Make a difference - Come Work with us - Advocacy WorkerMay 3: Providing specialist support and advocacy for survivors who are considering reporting to police, or who are already engaged in the criminal justice system following a sexual crime. 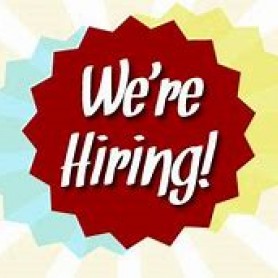 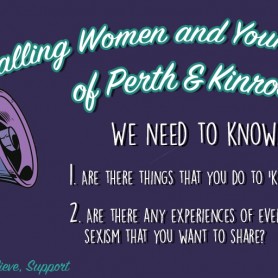 Calling women and young women of Perth & Kinross...Apr 13: RASAC P&K are looking to gather personal stories of all the little and big things we all do (or think about) as women and girls to ‘keep ourselves safe’. Perhaps you have a story to share which highlights everyday sexism and the wider experiences of women and girls lives. 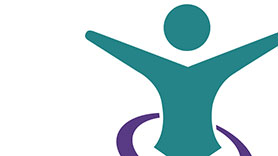