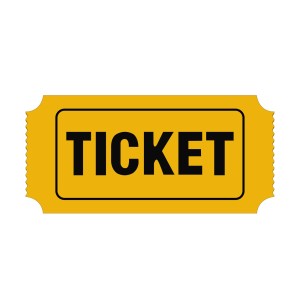 Join us for our fundraiser at the Twa Tams Perth for the International Women's Day Fundraiser with live bands and fantastic prizes for our raffle! Saturday 5th March 2022 - 6:00pm till 11:45pm

The Rape Crisis movement in Scotland stands together in opposition to the dangerous, dehumanising, and discriminatory Nationality and Borders Bill.

If implemented, this law would cause severe harms upon survivors of persecution and human rights abuse, including of sexual violence and trafficked exploitation.

It will mean that tens of thousands of people each year from countries with oppressive regimes, like Syria, Afghanistan or Iran, that kill, torture and subject people to abuse, including women and children, LGBT people and disabled people - will now be blocked from the UK asylum system and punished for seeking safety.

The regimes that refugees flee will not give them safety, never mind the option to apply for visas, which leaves them no choice but to arrive through lorries and boats. The Bill criminalises unofficial routes, and further seeks to categorise people seeking sanctuary as “Group 2” refugees, a dehumanising label.

This includes women fleeing the Taliban, for example, who will not be protected but subjected by the UK Government to interlocking penalties from criminalisation and even prison. They may be stuck indefinitely in harsh accommodation centres, left in UK state-sanctioned poverty and enforced destitution with £8 a week at worst or £39 a week at best; well below social security minimum and what all of us need to be able to live healthily and well. There is no prospect of refugee status or settlement.

The proposed legislation does all that by focusing ruthlessly on how someone got to the UK for safety, rather than the actual suffering and abuses they escaped. By pushing survivors of sexual violence, persecution and trafficked exploitation into the margins, away from the safety, trauma-skilled support and recovery they need, this Bill will gift opportunities to those who seek to exploit, traffic and abuse.

They say that you can judge a society by how it treats its most vulnerable. We want to live in a country that welcomes refugees and people seeking asylum, and identifies, supports and protects trafficking survivors, as a value and pride. We strive to live in a Scotland that recognises the atrocities and horrors that people are fleeing from and offers safety. We should do whatever we can to offer what all of us need and deserve: a home, security, community, and resources and support to heal from trauma, not a system that inflicts it further.

Multiple pieces of legal advice have set out the disproportionate damage that this Bill will inflict on women and girls at a point of international concern for their safety and status. This includes forcing victim-survivors to disclose trauma to unknown individuals within a very short timeframe, else risking their personal ‘credibility’ for application for asylum. Women who would be recognised now as refugees may well not be recognised under the newly defined provisions which include changing the standard of proof and making it more difficult to show gender as being the reason for persecution. These clauses disregard the reality and manifestations of trauma, and the persecution that women and girls face internationally. This disregard will result in loss of life.

The demand that would be made upon survivors – including those who have been trafficked to the UK – are unreasonable, unfathomable from any dignified view. It must be opposed but, if passed, mitigated relentlessly.

The Nationality and Borders Bill does not offer protection, far from it, it is punishment. It will actively put people who are already at a point of extreme vulnerability in more danger and criminalise survivors. As a country that values compassion and fairness we must both raise our voices against it, and act practically to prevent or mitigate in Scotland, it’s worst harms.

We stand and act in solidarity with all survivors of sexual violence, persecution and abuse. 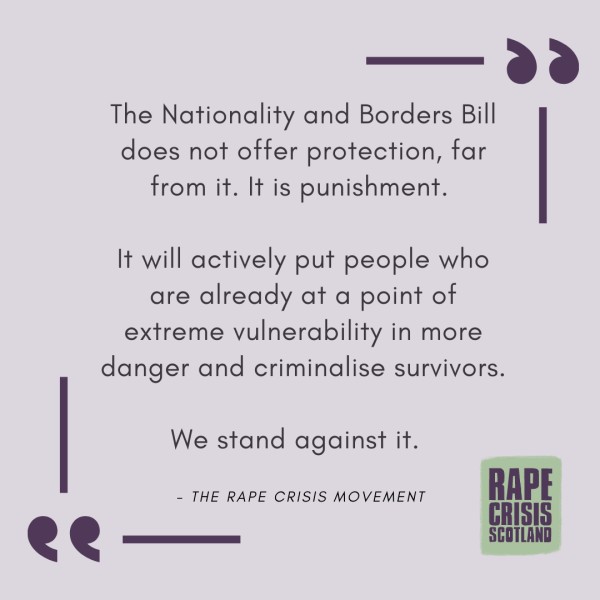 We hope you can come to this event packed full of fantastic music and an opportunity to help raise some funds for RASAC P&K at the Twa Tams Perth.

Tickets for the raffle are available on the night with prizes including; Day Spa, Massage, £100 Tattoo Voucher, Val Mcdermid Signed Book, Meals, Whiskey, Bungee Jump, Hair & Beauty and much much more!
We support women and young people who have experienced sexual violence at any point in their life and we do this with the kind support of volunteers and donations to our services. 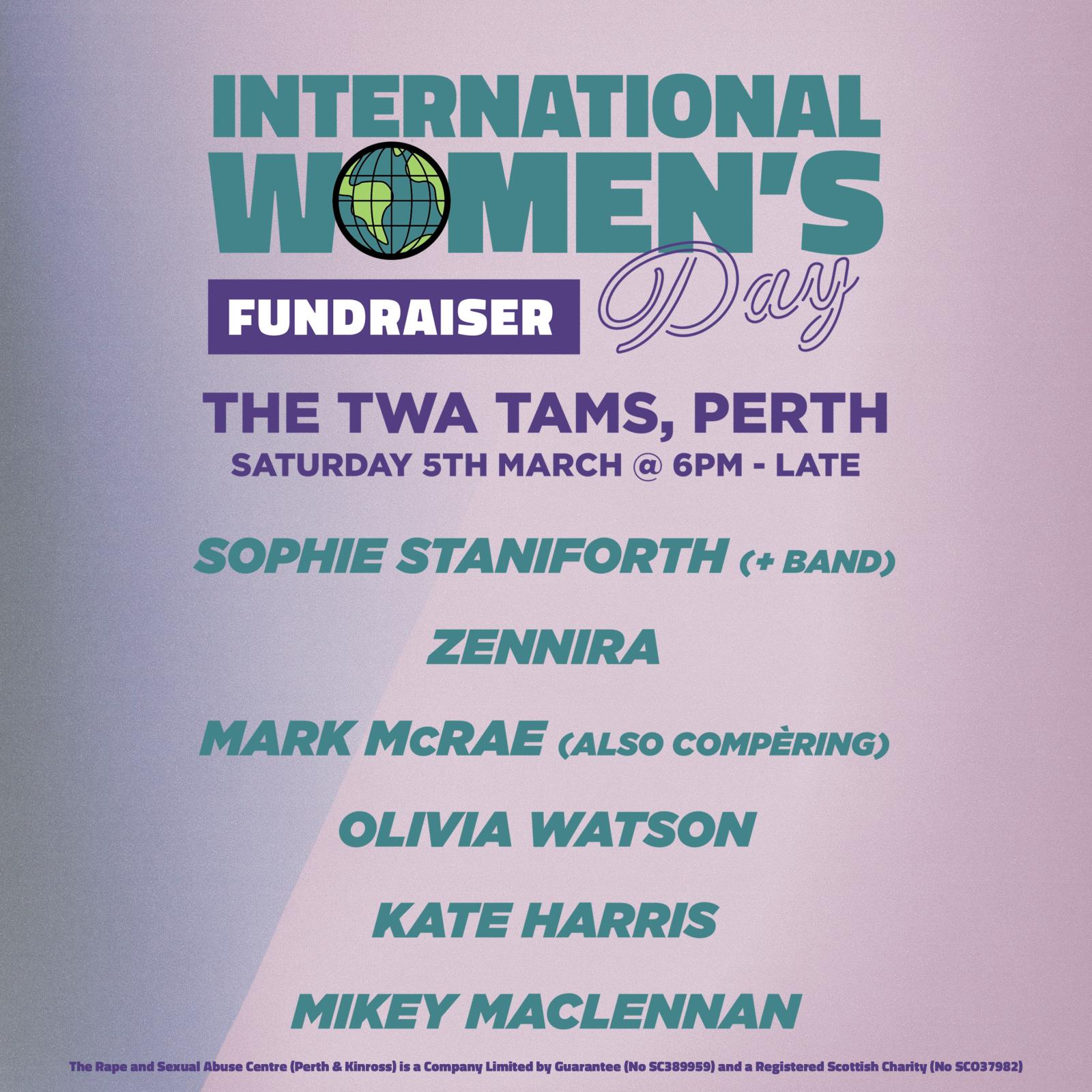 Alternatively, you can leave a message on our helpline 01738 630965 or email support@rasacpk.org.uk and we will get back to after the 6th Jan 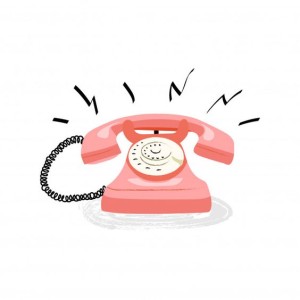 RASAC P&K will be closed from Thursday 23rd Dec, re-opening on 6th January. You are not alone...

Alternatively, you can leave a message on our helpline 01738 630965 or email support@rasacpk.org.uk and we will get back to after the 6th Jan

If you have been sexually assaulted in the last 7 days the Sexual Assault Referral Network is available throughout the winter holidays on 0300 365 2001. 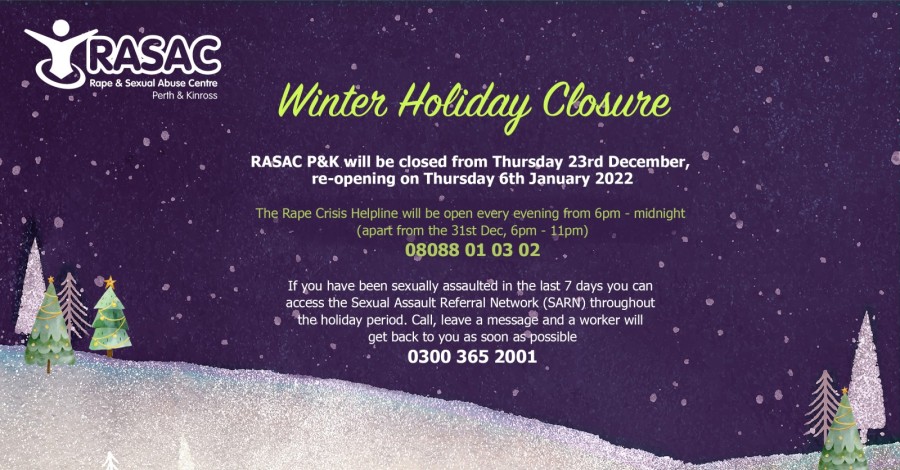 We are still offering agencies the chance to meet with staff and find out more about what we offer in relation to our support services, support for professionals, training, RYI and how to refer survivors to our service.

Down load our Newsletter or see the digital version on Sway... https://sway.office.com/OWv8EQAnmbWJfCJR?ref=Link

RASAC is committed to providing a wide range of groups and activities for survivors to attend and get involved in. From our successful and regular creative group, to other opportunities, to having a voice in how the service develops. If you are currently receiving support please to speak to your support worker otherwise contact the Ruth on Ruth.Mellor@rasacpk.org.uk